Twas the Night before Thanksgiving, and all through the city,
a band named, The Kin, was prepping to play Brooklyn.

All right, enough with the rhymes & games.

Early last week I was able to catch one of my favorite bands play in Brooklyn — The Kin. If you don’t know about them, let me break it down a bit. They are Australian brothers, Isaac and Thorald, who have collaborated with an amazing drummer named Shakerleg (yes, that’s his real name). Still with me? Cool. They’ve toured with P!nk and worked with legendary producers such as Tony Visconti (known for his work with David Bowie and T.Rex). Even though they hail (well at least Isaac and Thorald) from Australia, they’ve taken over NYC in full force. 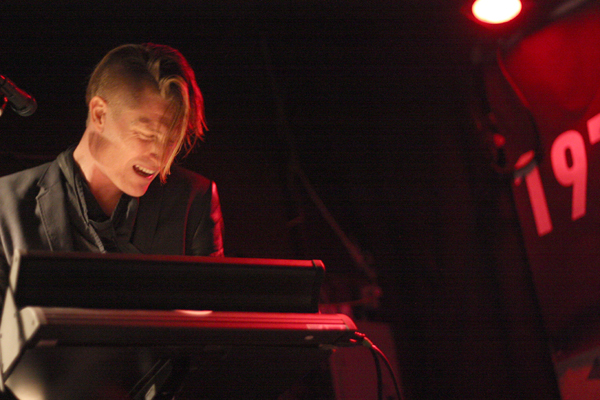 They are known for stepping into random establishments and busting out the rawest music you’ve ever heard — and I’ve had the distinct pleasure of seeing just this. I first saw them play at Rockwood Music Hall in the LES, and was blown away. So much so that I brought my friends back the second night. They have a bit in the show where they play to the audience. Isaac on vocals, Thorald on an acoustic guitar and vocals, and Shakerleg with his clipboard.

All right — now that you know them — let’s talk performance. Wednesday was an interesting night, I felt that NYC was a little deserted even though it is one of the biggest drinking nights of the year. We walked into Williamsburg Music Hall, the place was empty and I started to get nervous for the guys. But as soon as they came on, the place was instantly packed! Now it’s hard for me to write about the sheer talent they possess because I feel that it wouldn’t do them justice. You just have to see it!

They played songs from their new album, name and release date TBD, but be on the look out for it. They also played some of my favorites that include: “Get On It,” “Boy You’re a Pretty Girl,” and “Waterbreaks.” So the thing about the song “Waterbreaks” is that Isaac starts the song off by playing the didgeridoo. Yes — the didgeridoo. Wild.

Then they came out into the crowd for their famous display of raw talent and music, my favorite part of the show. Even though I’ve seen this now 5 or 6 times, I still jump to get close to them. Looking around at the crowd — all one saw is passion. Passion for this band, passion for their music, passion for all things amazing.