The potential for the best rapper of 2015 to be a big ole’ crazy infectious, super charismatic white dude who goes by the name of Action Bronson – is legit.

I write this statement with a clear conscious, unabated non-bias and under no influence of hallucinations, psychedelics or my personal favorite, alcohol. The hip-hop artist hailing from Flushing Queens,NY is our front runner to finish the year heads above the rest. Here’s how we got there:

No, not really. I’m coming at this with strong merit and established criteria, not just BS pulled out of thin air. What ignited this train of thought was seeing Mr. Bamambaklava (one of Action’s aliases) perform last Monday night at BB Kings and wondering how to attack writing a review about a MC who absolutely obliterated his set that evening. And it’s because of this obliteration I felt a regular review wouldn’t properly convey the artistry, crazy skill and energy that was exemplified in his high octane, lyrical spit fire performance. Also, for some reason, lately I’ve been stuck on the idea of measuring where artists fit within their given genres, how they rank, where they place, etc. Then I remembered a Complex list that tied it all together. It’s their annual year by year breakdown of the best rappers alive (BRA for short) from the year’s 1979-2014. A real debate that’s always taking place, and after Nicki Minaj took home the crown last year (becoming the first woman on a list that covers 35 years of the culture), you can feel the landscape changing. Now enter in Action Bronson, and with everything he’s been up too over the last several years, he’s primed to join Eminem (2000 and 2002 winner) as the only other white man to claim the honor. 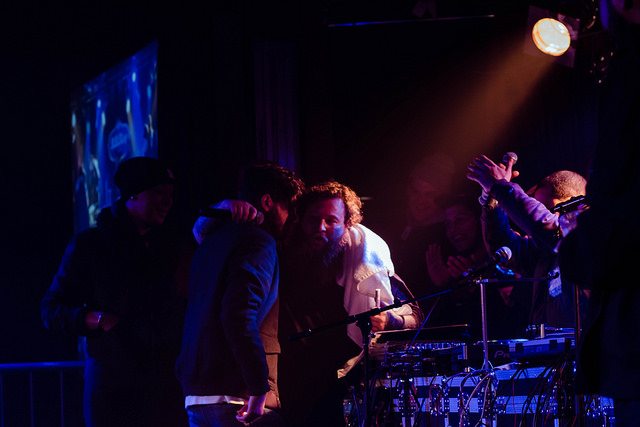 He lives the culture. He’s from Queens and he’s more relevant now than he ever has been. Say what you will, but if one of the aspects of hip-hop culture today is being competitive (let’s face it, the real and fake beefs are half the fun), than Action Bronson’s been at it for a while. More so recently on twitter, with an ongoing battle with Azealiza Banks, but in his past he’s also gone on record calling out the likes of ASAP Rocky, Drake, and the aforementioned Eminem, the last two being previous winners. Belief in yourself is key in rap, you’re dead with out it and this man knows his worth.

Where he makes his bed is the birthplace of hip-hop, New York. Queens being a historical battleground in the production of legends like Nas, a Tribe Called Quest and Mobb Deep – by geography alone he’s got rap as apart of his genetic make-up. Throw in the fact that the game loves an outgoing, no-fucks giving, big man (Ala The Notorious BIG, BIG PUN, Rick Ross) and he’s got likability on lock. This was evidenced and made clear last Monday, when almost every word he spat was a word the entire venue was rhyming as well, in unison. Add to this, his crowd surfing antics/abilities, performing in the crowd and Action Bronson having the fun, free spirit to rap over classics like Phil Collin’s “Sussudio” along with his own material, and you have a live act that’s a rip roaring good time. It’s essential shit. 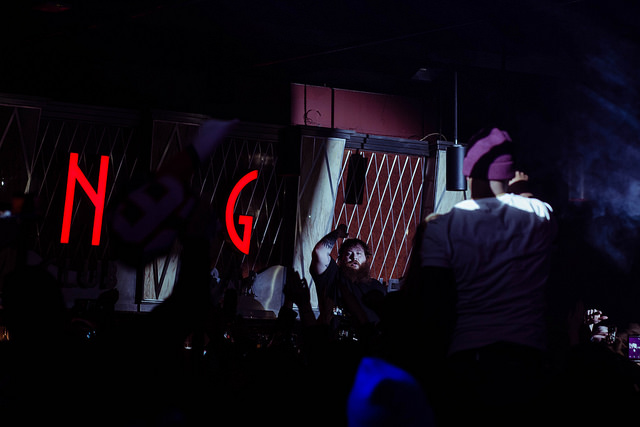 If you want to talk relevancy, you’re going to have a tough time arguing against his. All he’s been doing since 2011 is dropping albums and mixtape after mixtape in critical mass, to critical success. Blue Chips and Blue Chips II are both party jumpoff staples, and in the last six months his two singles, “Easy Rider” and “Actin Crazy” have killed it – everything done in preparation for his highly anticipated major label debut album, Mr. Wonderful (dropping in March), which Action says has, “BEEN ME SINCE I STEPPED IN THIS BULLSHIT.” Need I say anything about bravado, looks he’s got that too. Last, don’t sleep on Vice’s Fuck, that’s Delicious, cause now Action’s hitting you on multiple platforms and coming at the world like a hip-hop version of Anthony Bourdain. He’s a big part of the conversation and everything about right now is screaming that it’s his moment.

One word, Drake. In 2014 he dropped enough singles to make an album, in 2015 he’s headlining the New Look Wireless Festival, Coachella and Governors Ball. In recent years he’s owned this list with Complex naming him the BRA in 2011 and 2012. Along with receiving an honorable mention on last year’s list, he’s dropping a full length LP later this year. Drake is on serious fire right now and there are no signs of him stopping anytime soon.

Another major threat to reclaim the throne is Kendrick Lamar. Brother Kendrick has also been going strong in the festival circuit in recent years, he’s the 2013 winner and his second album is arguably one of 2015’s most anticipated albums period, regardless of genre. Lamar also scores high on the likability scale and bolsters a ton of respect from his peers. Make no mistake, he’s gunning for this, whether he says so or not.

Then there’s Kanye West. Homeboy is like the New England Patriots of rap – he’s in it every year. And Kanye’s hasn’t been slouching either, already putting out the singles “Only One” and “FourFive Seconds” to promote his own untitled 2015 album, his collaboration with Paul McCartney on this new work could by a cross over smash hit. He’s also liable to go off on anything at anytime, as was the case last night during the Grammy’s, where he pulled another “Kanye” on album of the year winner Beck. The combination of narcissistic limelight seeking and genius level talent, will ensure that his name never leaves the conversation.

I need not even go into Jay-Z, all he has to do is blink and the talk for him will begin. 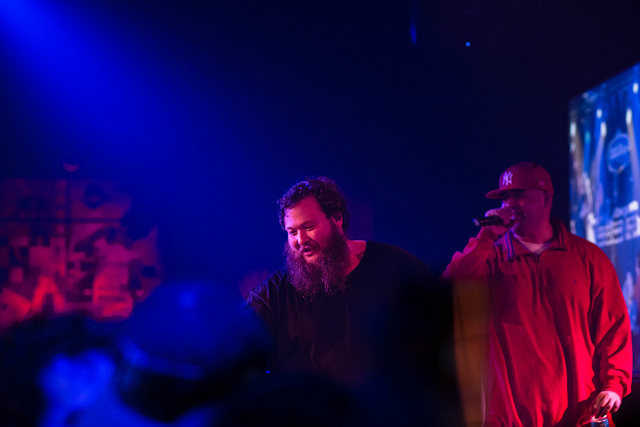 Action Bronson’s name has been apart of this conversation long before now, whether it’s been published or not. The momentum he’s garnered is undeniable, his connectiveness in the live arena is explosive (which for any artist, let only a hip-hop artist, is extremely hard to portray in that setting) and the man is straight up calling his shot, “Opportunity be knocking, you gotta let a motherfucker in. I kiss my mother on the cheek, tell her that I love her, you ain’t gotta worry bout a thing, I got it covered. Why you think I’m out here actin crazy?” It’s because the man’s about to blow up a calendar year, this calendar year. 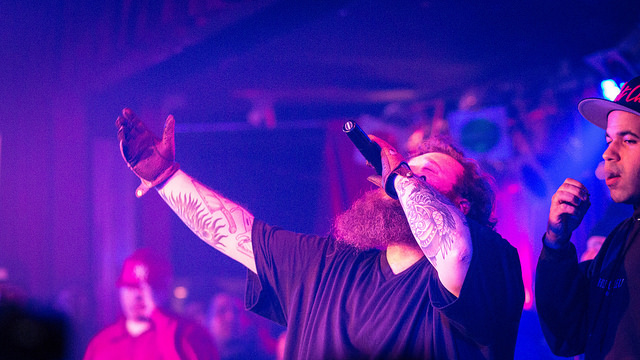 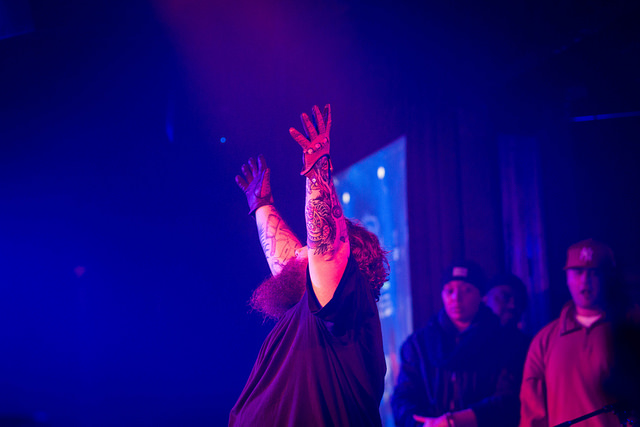 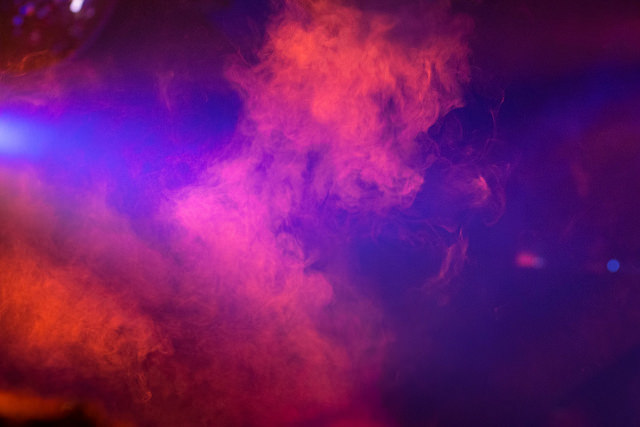 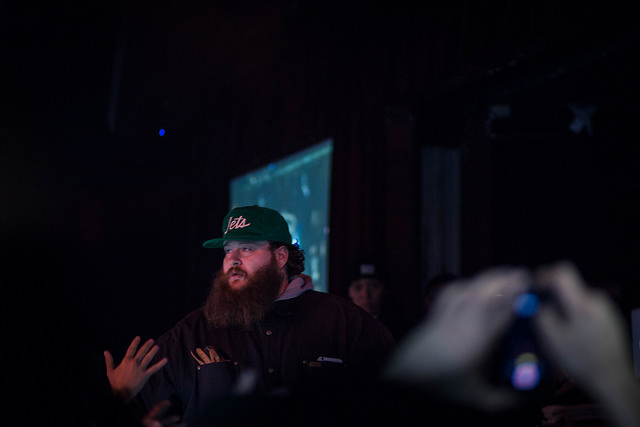 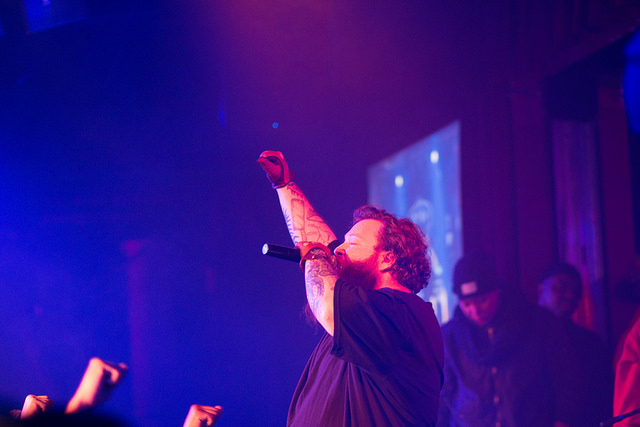 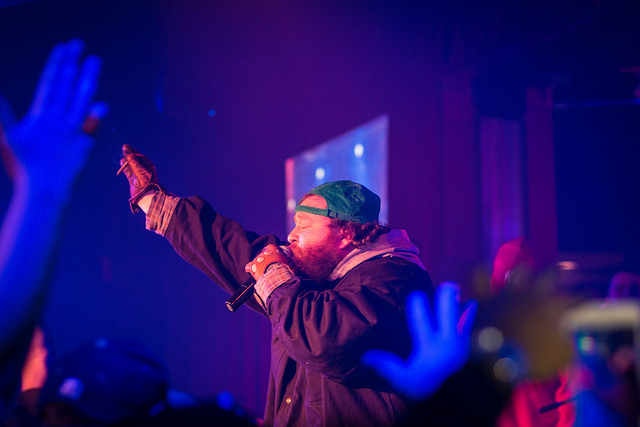 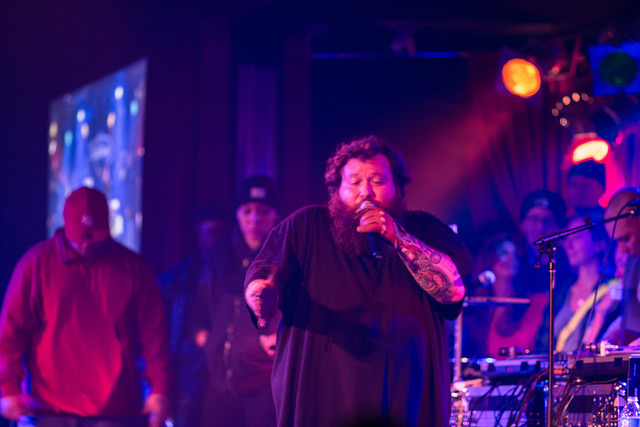 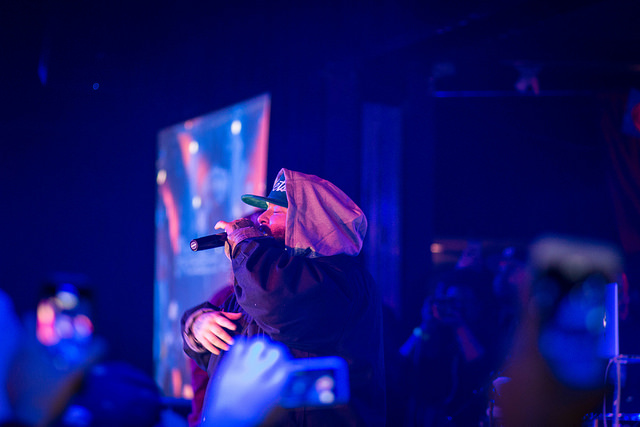 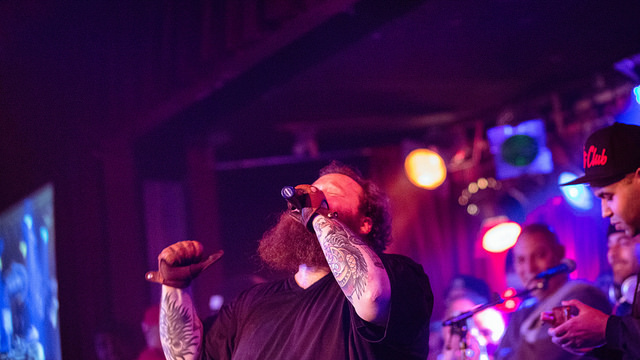 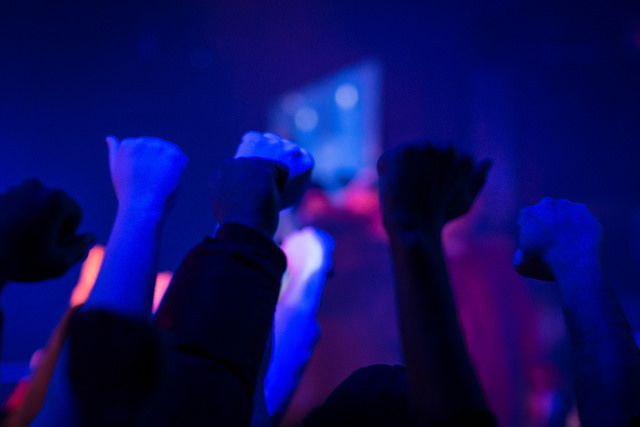 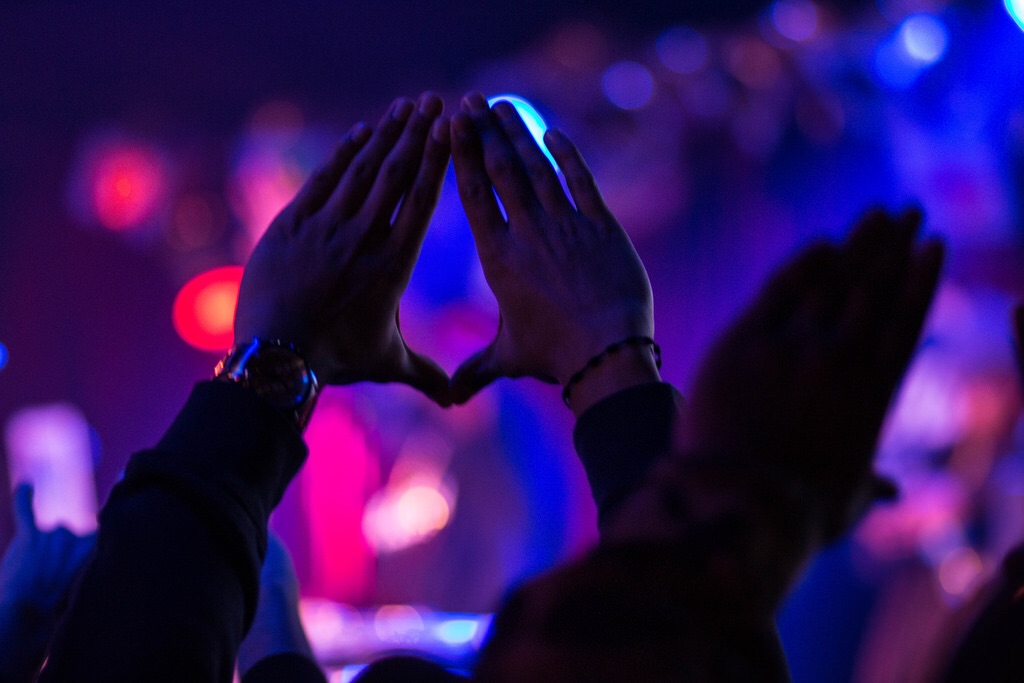